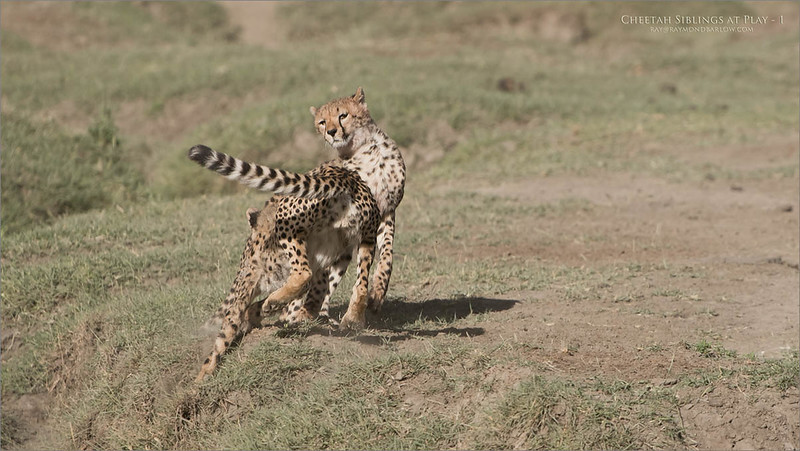 A bit of a long story, but this morning of February 12th, 2018 was pretty amazing for our group. Our advance scouts found a mother cheetah, and her two cubs, about 10 minutes from our camp. We arrived at the scene, and fired several images of the three of them finishing their kill, then licking each others faces.

Next, they were on the move, so I was looking off to the distance on my right, I saw they were heading for water. Easily keeping in front of their track, we maneuvered into several seriously good angles for photography.

So here, I have skipped to the play fight... after they had all drank some water, the 2 cubs began to jump around and carry on like kittens.

165 images later, I was almost in shock.. the D850 captured every image in excellent focus and exposure. Early am harsh light was not bad, the environment was sweet, and the action intense!

With this particular scene, we saw and captured a giant leap, one cheetah thought it was a bird for a second! Here are the first 3 shots, the next 3 shots show the cheetah even higher in the air, and landing... I will try to add the next three tomorrow.

This reminds me of the Great Tiger battle, take a few years ago in India, with Margaret Keller. that to was pretty awesome to see.

Somehow, luck follows me around., I can't explain that. I thank my brother Nas for getting me started in Tanzania!